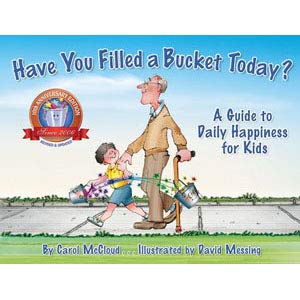 Kristabel Beeley worked with Year 1 Olive Class on understanding whether their internal "bucket" was full or empty. Once the children understood the concept, they considered whether they could tell if someone else's bucket was full or empty and what things they could do to help keep someone's bucket filled up. Moving on from this they considered the story The Name Jar. Being a school with high levels of mobility, with children arriving from all over the world, often into their first UK school, the concept was familiar to them. In order for the children to develop empathy for a child in this position they were introduced to an at the outset unnamed elephant toy. They followed the themes of the book through naming the elephant as the protagonist in the book is named through writing suggestions on slips of paper and placing them in a jar. When the elephant became overwhelmed in the classroom, a previously reluctant child offered to take him somewhere quite and look after him. While he was out of the room the class thought of ways that they could make the elephant feel welcome - they made him simple cards with messages of kindness.

The following day was a Star Wars themed day in school and so Mrs Beeley decided to link the project work. The children considered the difference between Jedi and Sith, and how Jedis support and encourage those around them. They went on Jedi training camp, identifying Bucket filling actions carried out by Star Wars characters from short Star Wars clips. At the end of the day the children nominated class mates who they thought should pass the training camp and receive a Jedi award. When nominating children had to provide explicit examples of how the nominee had helped to fill their own or someone else's bucket. The children showed considerable insight into how another child had affected them positively, often with things as simple as a smile or sitting next to them. Furthermore they could identify when they thought someone else would have been impacted positively by another child.

Mrs Beeley revised the activities to take them to Rastaala school. Due to the age of the children, the story of the Name Jar was further simplified. The children in the class had very different ideas of how to make the toy (a monkey in a Dunkirk T-shirt) feel welcome compared to UK children. Mrs Beeley's favourite was from a child who asked if she could knit the monkey a hat due to the minus degrees outside!

When considering bucket filling, the Finnish children initially sorted bucket filling and bucket dipping comments for monkey. They then wrote some bucket filling compliments to be passed to the person sitting next to them. The children chose significant and valuable traits and characteristics of their friends to compliment and many children were seen carefully folding the compliment they received and putting it safely in a bag or a pocket. 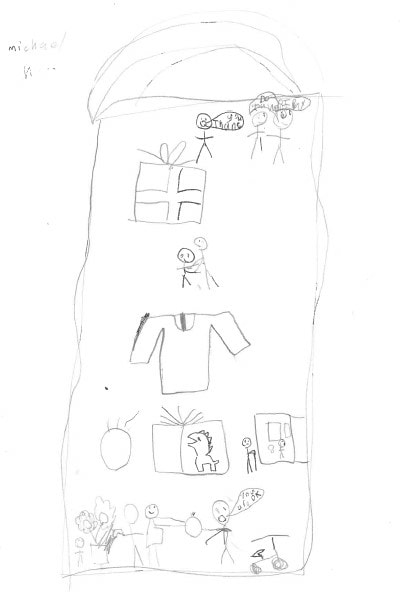 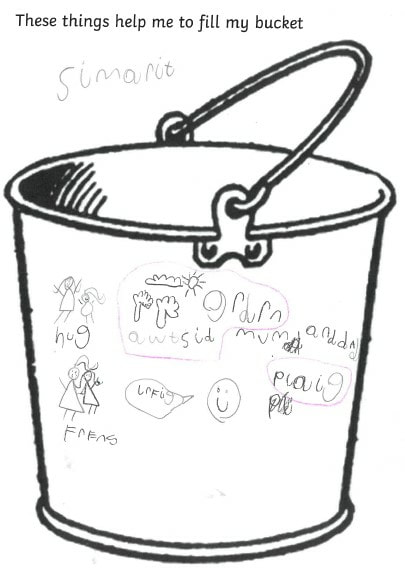 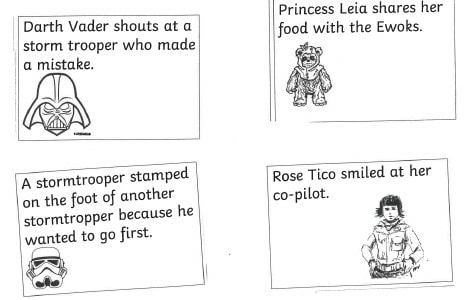 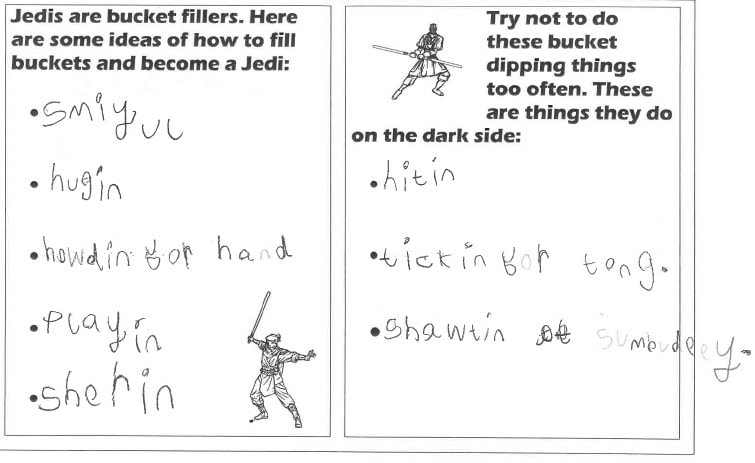 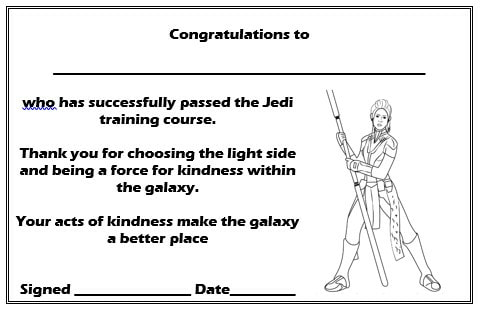 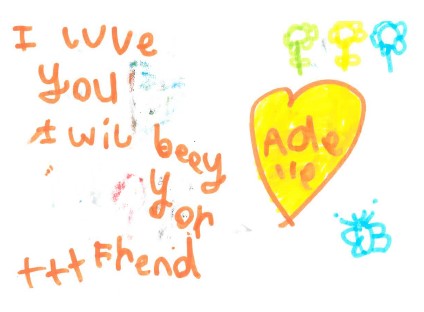 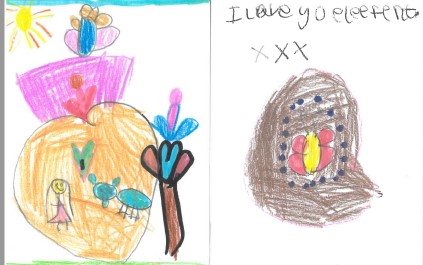 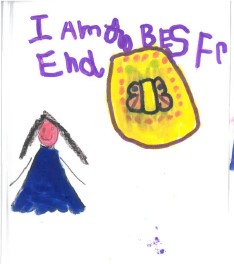 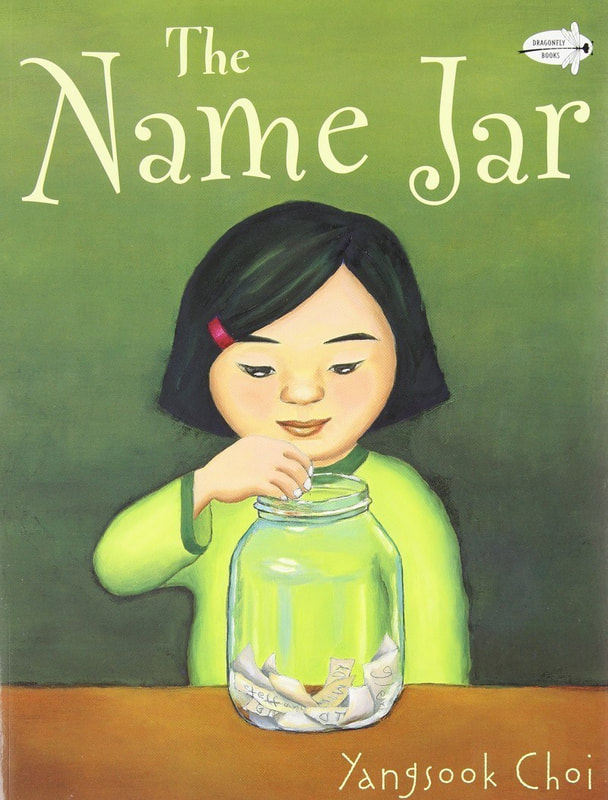