When we started to work on the new curriculum, we asked the parents what they think about the optional languages that pupils can choose in Rastaala. In addition to the ones we already offer, Swedish and French, the parents suggested that we would also teach Spanish. Therefore we decided to start a Spanish Club to see how many pupils agreed with their parents. It turned out to be a huge success: I started with 5th and 6th graders in September and had about 10-15 pupils in that group. I was really happy with this but when I started the club for 2nd and 3rd graders, the interest was overwhelming: I had to divide the pupils in two clubs because I ended up having 58 pupils there!

One of the goals in this Erasmus project has been pupil participation, making them active and giving them more responsibility in various activities at school. Because I was struggling with my huge clubs (29 pupils in both), I asked the older Spanish Club members if they wanted to join me as assistant teachers. They were more than happy to do this and eventually I had 4-5 extra pairs of hands to help me out. I couldn’t have been happier - and so were the pupils because they felt really important and needed.
​
In November we welcomed a Spanish Erasmus student in Rastaala and of course Cristina was an incredible asset to our club! We played games, talked about Christmas in Spain, learned basic words such as numbers, colours etc. and enjoyed spending time and learning together. In addition to all this, the interest in foreign languages grew noticeably in Rastaala and when the 3rd graders made their choices about optional languages, we were absolutely amazed: the amount of pupils who want to study an optional language in Rastaala was so big (44 pupils out of 90) that in August we will have three groups: Swedish, French and Spanish - huge success! 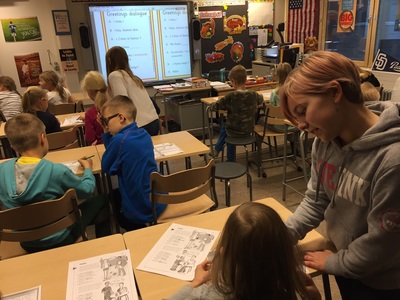 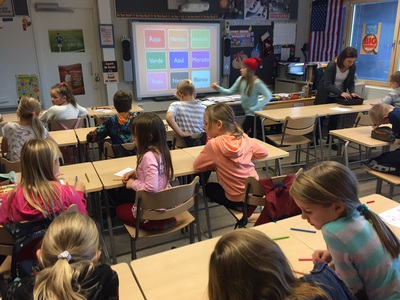 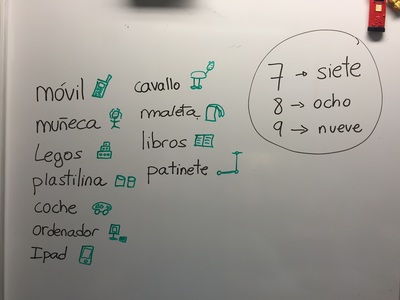 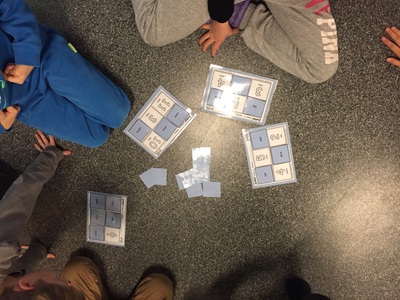 ​Because communication in foreign languages and ICT were some of the main points in this project, we decided to combine them. So, we wrote about ourselves in Spanish (age, favourite colour, favourite sports, pets etc.) and the pupils could choose if they wanted to write a traditional pen pal letter or make a Keynote slide. Everyone chose Keynote and it was wonderful to see how proud they were when they saw the final product! 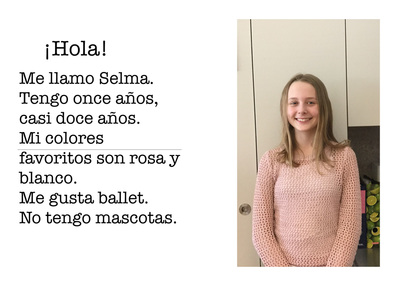 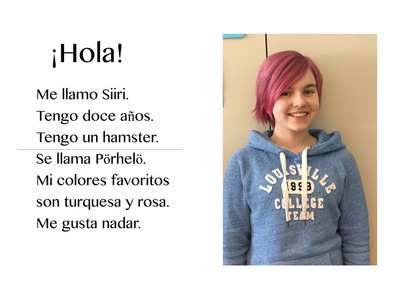 Working with Marie and Cedar class at Dunkirk in April 2016

​Since Spanish is taught in Dunkirk, too, we agreed with year 5 teacher Marie Gallagher that this is something that I will do with her class during my visit in April. Dunkirk has bought quite a few tablets but pupils hadn’t really used them much, so it was a great learning experience for them. I showed the Keynote presentations that my pupils had made and then we started to work on theirs. When I came back to Rastaala, we looked at them in the club and it was amazing to see how well my pupils understood almost everything. This was a project that gave everyone so much that I am definitely going to do it again next year again. 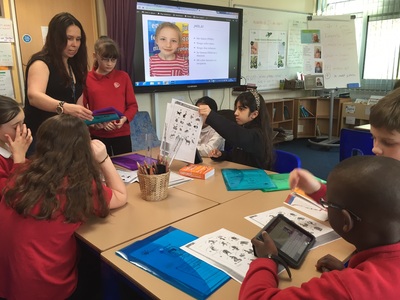 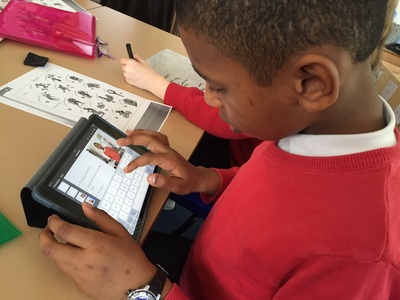 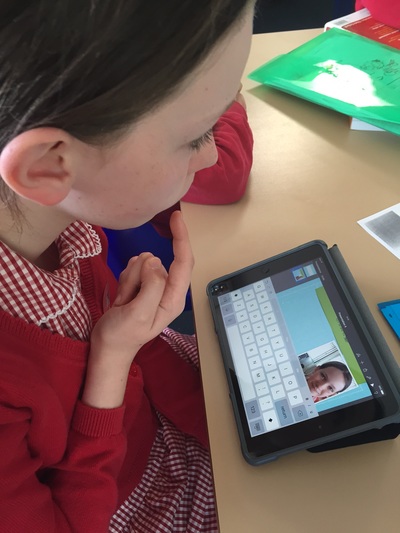 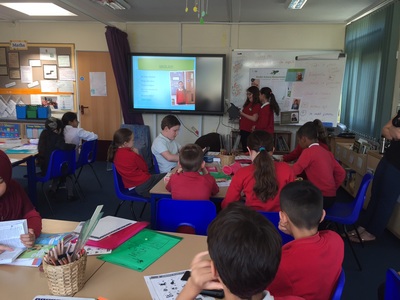 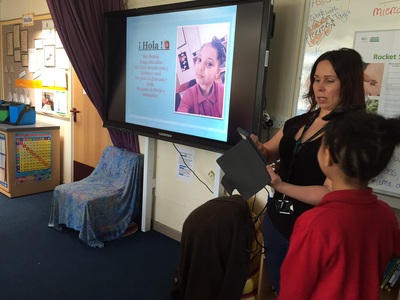 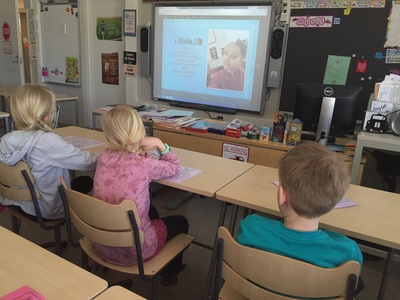